The store will not work correctly in the case when cookies are disabled.
2016 Chinese Green Tea Update
Green tea
Posted in: Tea Growing Regions
No comments

We’re happy to announce that most spring green teas haven now arrived. We’ve spend an afternoon to compare the flavors and appearances of 5 new spring 2016 green teas and we're reporting our experiences in this post.

First we’ve here the Anji Bai Cha (Anji white tea). Because it has ‘white’ in the name it’s often misunderstood as a white tea. The reason why it’s white is because the leaves turn white/pale when steeped, which is clearly visible in the picture below. The leaves are consistently 1 bud and 2 leaves. 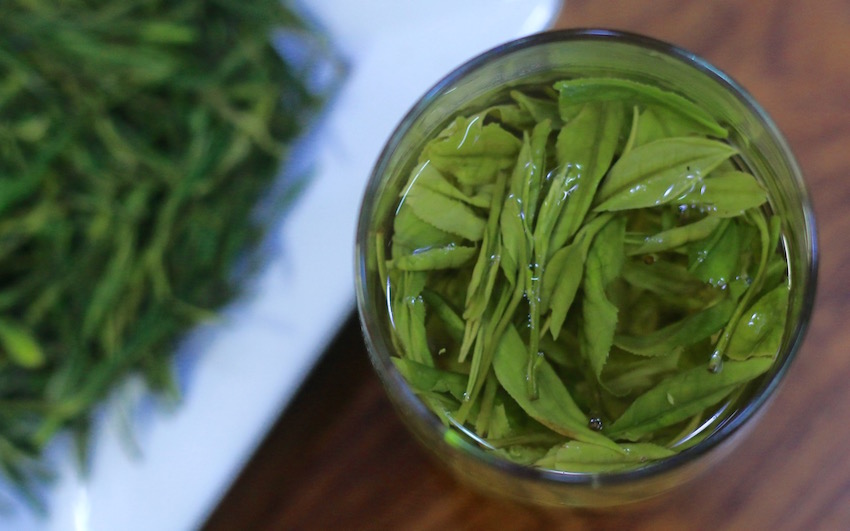 It’s one of the few green teas that are only harvested during spring and therefore pretty rare. Studies also show that the tea plant contains 3-4 more amino acids than other types of tea plants. Due to this fact, Anji bai got very popular in China in recent years. In 2010 it was chosen to represent China in the 2010 World Culture Exposition in Shanghai.

Lots of nice facts, but let’s get to what really matters which is its flavor. The leaves brew a very light colored tea liquor that drinks super smooth with no sign of any bitterness. You’ll notice sweetness appearing from the sides of your tongue with some hints of nuts and it leaves no dryness in the throat at all. The light flavor isn't for everyone, but it's a great tea for connoisseurs.

By the way, hundreds of years ago Song Hui Zong (1101 to 1125 A.D.), a famous tea connoisseur, mentioned that a specific whitish tea plant is extremely rare with superior quality. Could it be the Anji white tea plant that he was referring to? 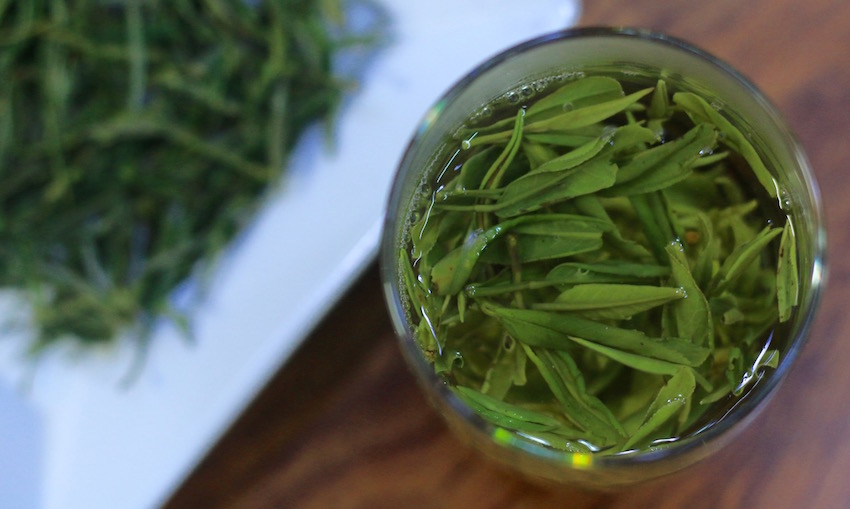 We believe this Mao Feng is one of the best value teas for green tea lovers who're looking a light flavored, floral green tea.

For those who're looking for a more budget friendly version, have a look at this Mao Feng. It's not harvested before the Qing Ming festival, but still a great spring green tea.

Next is the Tai Ping Hou Kui consisting of single large leaves pressed in flat shapes. This green tea can be the best steeped in a glass. Due to the long shape it won’t fit easily in most teapots, let alone gaiwans. Glasses are also of course great for appreciating the appearance, which this tea is so famous for. We’ve managed to do the sourcing of the leaves ourselves this year and hired some experienced professionals for processing and pressing them nicely flat. As expected, the flavor is stronger due to the flattening of the leaves, and more floral compared to the above discussed teas. 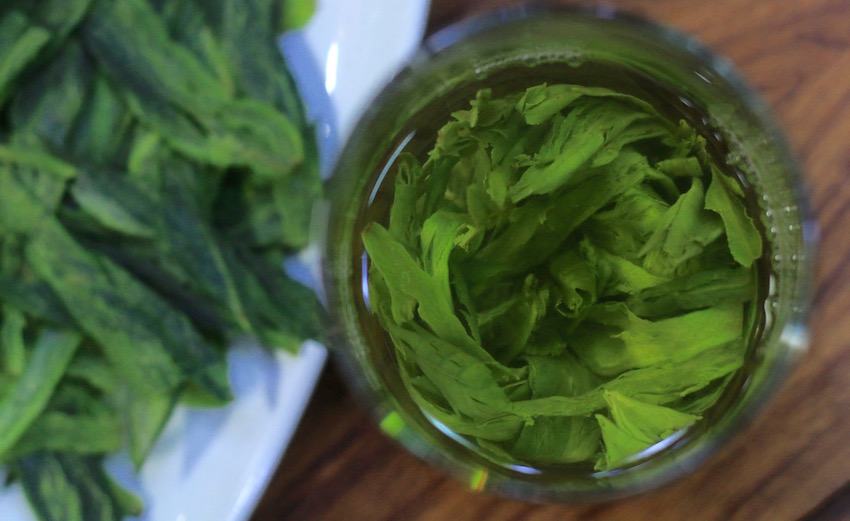 While the taste is pretty amazing, we honestly think value-wise the other green teas perform better. However, if you appreciate the appearance of the leaves and if you want to surprise a tea lover with it, then the Tai Ping Hou Kui won’t disappoint you. 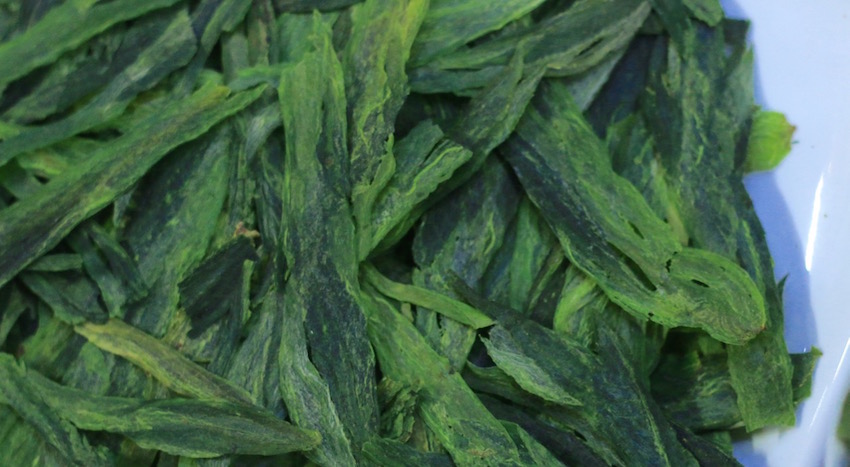 Next is the West Lake Dragon Well. Compared to our finest Longjing, this one is more a quality daily drinker. Leaves aren’t as fine, but still consists mostly of 1 bud and 2/3 leaves. When steeped, the aroma’s are directly released, characterizing a true Dragon Well tea. 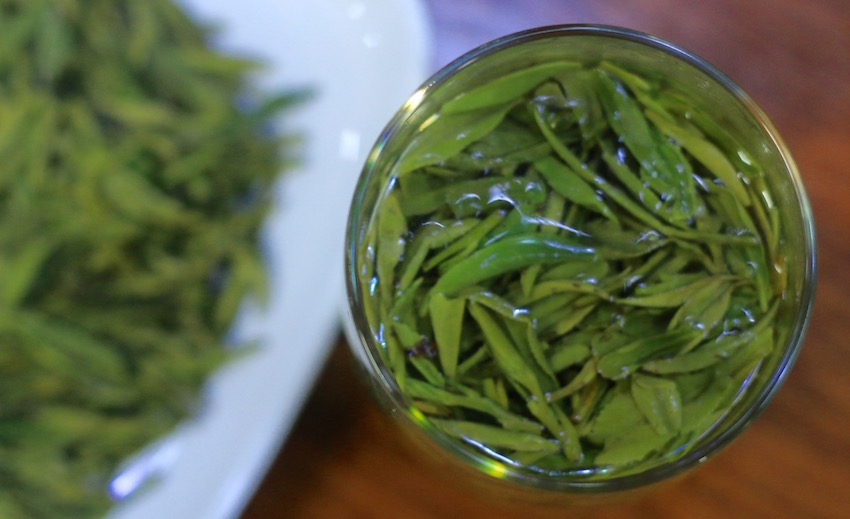 The flavor is stronger then most teas discussed above, yet not as strong as the Bi Luo Chun. In China, we describe the flavor as ‘Ban Li Xiang’ which literally means ‘chestnut fragrance’.

This year’s Bi Luo Chun is a world apart from last years, while we’ve been able to maintain the attractive price. What we love about the Bi Luo Chun is it distinct aroma of dry leaves, which you can already enjoy even before you start steeping. Flavor wise, this green tea is one of the richest with an intense vegetal taste and intense flower aroma. The leaves less consistent than the Anji Bai, Mao Feng and Hou Kui, but nevertheless consists of pretty young and small leaves with lots of buds.

In short, the best choice of tea for those who love a smooth vegetal flavor.


That’s it! There are so many more green teas that we would like to discuss, but that would make this post way too long to digest. We hope that the information provided here helps, and if you’ve any questions, simply drop a comment below.