The store will not work correctly in the case when cookies are disabled.
History of Black Tea: Where Did Black Tea Originate From?

History of Black Tea: Where Did Black Tea Originate From?

In the early days of tea, producing tea was simple. Teas where picked, dried and boiled to drink as a medicinal beverage. Later the flavour got refined as leaves where rolled and roasted to improve the flavour.

But things got really interesting during the Ming Dynasty. People noticed that tea leaves can actually be allowed to wither and oxidise, completely changing its flavour. These allowed the leaves to develop more intense taste: Black tea was discovered.

Nobody knows for sure who discovered black tea first. As with many discoveries, it often happens by accident. According to a legend, a group of soldiers marched into the village in Wuyishan. As the villagers went to serve the soldiers, they complete forgot about the fresh tea leaves. The next day, the leaves have withered before they were roasted. In attempt to save the harvest, the farmers roasted the leaves with pine wood. The villagers were positively surprised by the results and the demand for this new type of tea started to grow exponentially.

So where did black tea originate from? The first discovery of black tea was in the Wuyi Mountains in Fujian. Today, the black tea from this region is called ‘Lapsang Souchong’ or ‘Zhengshan Xiaozhong’. This tea contains of small leaves and buds. Its colour tends to be black, but can sometimes contain some golden buds. Premium versions contain mostly out of golden buds, and it's called Jin Jun Mei. 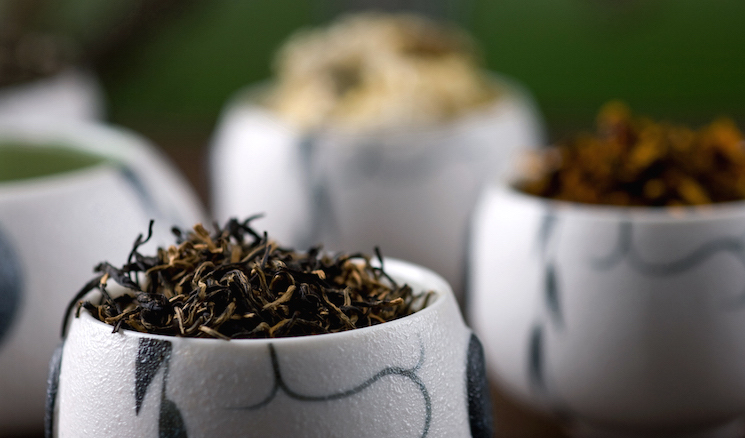 Later on growers from Qimen (or ‘Keemun’) visited the Wuyi Mountains to study how Lapsang Souchong was made. Soon after, they started to locally produce black tea named after their region: Keemun black tea or Qimen Hong Cha.

Before black tea was discovered, there was mainly trade of pu erh tea for horses along the ancient tea horse road. Pu erh tea made its way to Tibet and neighboring regions. Later on it was the Japanese who were interested in Chinese green tea. But tea became really popular worldwide when black tea was available. As black tea leaves were fully fermented and oxidized, they could survive the long journeys while they were brought back to Europe. Unlike green tea, it would not deteriorating in quality once it arrived in the West.

The Portuguese were the first to introduce tea to the West in the 16th century, lead by the Dutchman Jan Huyghen van Linschoten (picture below) 1563-1611. Black tea became known to improve concentration and health. First, the royal families fully embraced it, followed by the aristocrats, and later on also the masses.

When tea bags were developed, this further spurred the growth of demand as tea became easier to prepare. Global tea brands such as Lipton began to appear. These global brands slowly started to manage, cultivate and blend their own tea at the source eroding the dominance of the British East India Company.

Today, small producers are making a comeback with the increasing popularity of artisan tea, cutting out middle men by selling their teas direct online.