The store will not work correctly in the case when cookies are disabled.
Liu Bao Tea Production: How Liu Bao Cha is Processed
Liu bao tea
Posted in: Chinese Tea Culture & History
No comments

Liu Bao tea is a post-fermented tea from Guangxi with an unique processing method invented in the 18th century. See below the steps of processing Liu Bao tea from a freshly picked leaf until it's aged for consumption. 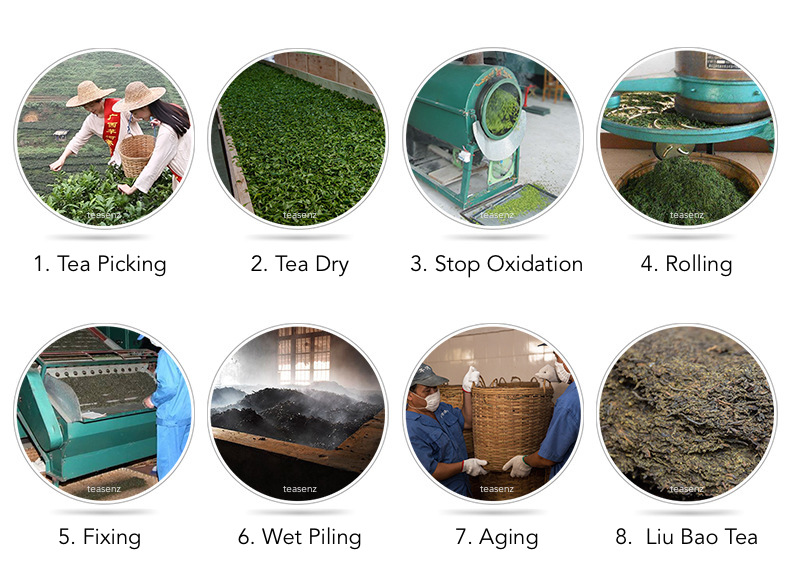 Liu Bao tea is generally at least stored for 1 year before they're sold, but reach their best flavour after at least 3 years of storage. After longer periods, Liu Bao tea sometimes developed yellow dots/molds which are known as 'golden flowers' (jin hua). This is a sign of excellent fermentation and is considered very healthy to drink.

Have you purchased a Liu Bao Tea recently? And do you want to know how to brew it yourself? Then read: How to make Liu Bao Tea