The store will not work correctly in the case when cookies are disabled.
History of Tea in China & How It Spread Across The World 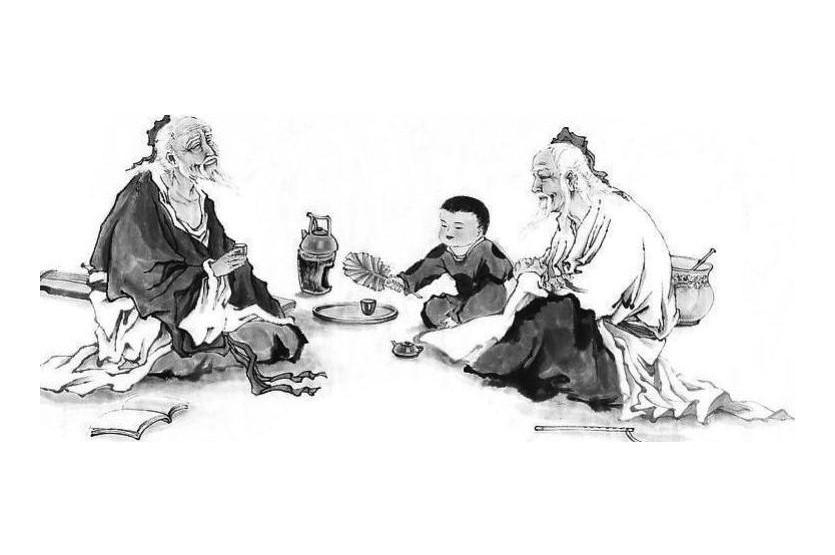 History of Tea in China & How It Spread Across The World

How did an unique plant (Camellia Sinensis) from ancient China become the main ingredient of the second most consumed beverage called 'tea'? The history of tea is truly fascinating. This page describes the history of tea in a nutshell.

The Legend: Shen Nong the Herbalist who Discovered Tea First

How did mankind discover tea as a beverage? Who discovered tea first? According to a Chinese legend, tea was discovered by a herbalist called Shen Nong. One day was boiling water when leaves from a nearby tea plant blew in the cauldron. He tasted the resulting brew, and the beverage of tea was born. But there's another version of this legend which you can read about in this article: Shennong: The Divine Farmer. 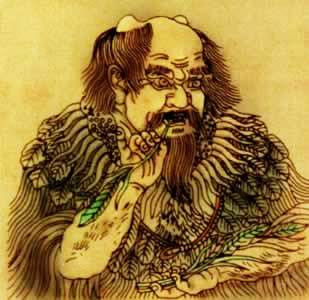 Origin of tea in historical text?

Though there are many literary writings about tea it's hard for historians to exactly pinpoint when tea was exactly discovered. A part of the problem is that the Chinese character for tea 'cha'（茶）is actually a relatively new character that only appeared in a Chinese dictionary around 350 A.D. Before the Chinese character 'tu' covered the meaning, describing infusions made from different plants including the tea plant. The appearance of a separate character is an indication that tea had become such a popular drink that needed its own character at that time.

To pinpoint when tea cultivation started, we've to rely on the work of archeologists discussed in the next paragraph.

Also Read: The History of the Word 'Tea'

In 1978, Archeologists surprisingly found tea relics in the Tianluo mountains that were estimated to be 7,000 years old. 26 years later another promising finding announced: in the same mountains archeologists found old roots of the Camellia Sinenses plant and broken pottery. 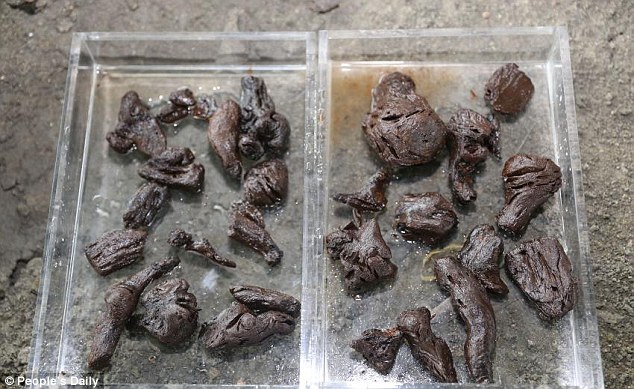 After a decade of research, the Archeologists published in 2015 that these roots are about 6,000 years old. This confirmed it must have been the Hemudu culture, flourishing in 7,000 BC and 6000 BC, that started cultivating and brewing tea.

This research is a break through suggesting that tea cultivating started 3,000 or 4,000 years before the first pyramid was built.

In the time of Confucius (c.551-479 BC), a famous Chinese philosopher, tea was already fairly widely consumed beverage. But due to Confucius, tea finally became more than a beverage, by laying the groundwork of tea etiquette and the principles of a tea ceremony. Tea continued to grow in popularity during the Han Dynasty (206 BC - 220 AD).

By the time of the Tang Dynasty (618-906 AD) tea was the national drink of China, spreading from court circles to be popular throughout Chinese society. It was during this period, the practice of sending the finest teas as a tribute to emperor's court, developed. Demand for tea as a medicinal beverage rose in China and cultivation processes developed. Many tea drinkers added onion, ginger, spices, or orange to their teas. Though loose leaf tea existed, most tea drinkers where still buying and storing tea in compressed form.

Emperor Taizong of the Tang Dynasty also strategically married his niche Wen Chang to the Tibetan king. This married is of historical importance, because the princess introduced Buddhism and tea to the Tibetans. Tea became soon the number one beverage that perfectly fitted the meat heavy Tibetan diet.

The Golden Age of tea

One could say that the golden age of tea started during the Tang Dynasty. Tea was a drink that would take on literary, artistic and even religious overtones.

This can be traced to the literary work 'Cha Ching', The Classic of Tea, by Lu Yu. His work was the single most influential work on the cultural significance of tea. The Classic of Tea was strongly influenced by the Taoist faith was central to culture in eighth century China. Taoists believed that every detail of life was an act of living that was worthy of celebration, and that one should attempt to find beauty everywhere in the world. Thus the emphasis on tranquility and harmony in the preparation and drinking of tea was recognition of its part in the masterpiece of life.

It's therefore no coincidence Lu Yu described drinking tea as a religious ceremony with a set ritual, using particular implements which are endowed with individual significance, and there are guidelines on the appropriate state of mind for the tea drinker, and the atmosphere in which tea should be drunk.

How Tea was Distributed over the World

Due to a lack of good transportation method tea was initially only traded locally starting with Tibet and neighbouring order regions of other countries. This shipped to border regions were also known as 'border sales tea (bian xiao cha)'.

Later it were Turkish traders who arrived at the Mongol border in 473 A.D. to bargain for tea.

History of Tea in Japan

In the year 804, the Japanese monks named Saicho was the first to bring tea bring tea to Japan. Together with another monk named Kukai, they also brought back knowledge about tea ceremonies, rituals and processing methods. Emperor Saga, who ruled Japan from 809 to 823, is known to be the first to be served tea.

While Saga loved it, tea wasn't directly a hit in Japan. It took many more years until powdered tea was made during the Song Dynasty (960-1279). In 1191, the Japanese monk Eisai brought powdered tea back to Japan, where it became integrated in Zen Buddhism. The Japanese called powdered tea 'Matcha' and it became immensely popular among the aristocrats.

History of Tea in Russia

While powdered tea allowed for a break through in Japan, it wasn't a big success in Russia. In 1618 Chinese ambassadors present the Russian Czar Alexis with many treasure boxes of tea, which are refused as useless.

An important moment for the history of tea trade between China and Russia, was the establisment of the Treaty of Nerchinsk in 1689. This Treaty allowed for trade caravans to cross the borders of both empires peacefully.

Yet, an important barrier to success was the distance. The shipping cost was extremely high as it took 16 months for a tea caravan to arrive in Moskou. Luckily by the end of the 17th century, the cost decreased due to better roads and higher volume, allowing tea to make it a broader audience.

The discovery of black tea soon further spurred the growing demand farther abroad. It was the Portuguese who introduced tea Europe in the 16th century and controlled most European trade with India and the Far East (an area known then as the Indies). In 1595-1596 Jan Huyghen van Linschoten, 1563-1611, a Dutch navigator who had sailed to India with the Portuguese, published an account of his travels, which is notable because it contains the first notice of tea [as chaa] in the Dutch language. It was also around this time when Europeans hear about tea again when Portuguese priests spreading Roman Catholicism through China taste tea and write about its medicinal and taste benefits.

One crucial fact is that Jan Huyghen van Linschoten also copied and revealed Portuguese trade secrets including navigational routes. The revelation of such routes allowed the British and Dutch East India Company to break the 16th century monopoly enjoyed by the Portuguese.

The success of the VOC can partially be attributed by the fact that it was the first company ever in history to offer an IPO (initial public offering) of shares to the public, allowing them to raise a vast amount of capital and financial power to compete internationally with larger countries.

With more competition from the British East India Company, the Dutch started to reorganise their trade routes. Instead of shipping via Batavia, they established a direct trade route to the Netherlands. This allowed them to stabilise the prices and provide more consistent quality. In the period from 1729 to 1794 tea became the lifeblood of trade with China. It made up about 70 percent of the total trade purchased from Canton, China. The Dutch created a massive company that, when adjusted for inflation, is worth 10 times the market value of Apple today.

However, after the 1750 the VOC couldn’t catch up and compete with the English who started to take significant market share by offering better quality teas.

In 1600 Queen Elizabeth I gave a royal charter to a new trading company, the East India Company, by which it was given a monopoly over all British trade with the Indies. The Company soon began competing with the Portuguese and Dutch and distributed tea all over the world.

Initially The British East India Company was almost pushed out by the Dutch, but made a comeback when it became responsible for the government of much of the vast Indian sub-continent.

History of Tea in India

So who introduced tea in India? It was the British East India Company successfully copied tea cultivation from the Chinese in India, which allowed them to offer tea at much lower prices.

Both the creation of a monopoly by Queen Elizabeth I and the succes in India was crucial to the success of the British East India Company in the history of tea trade.

The Invention of Tea Bags

After the colonial period, it was the invention of the tea bag that allowed tea to gain further popularity and become the world second most consumed beverage after water. 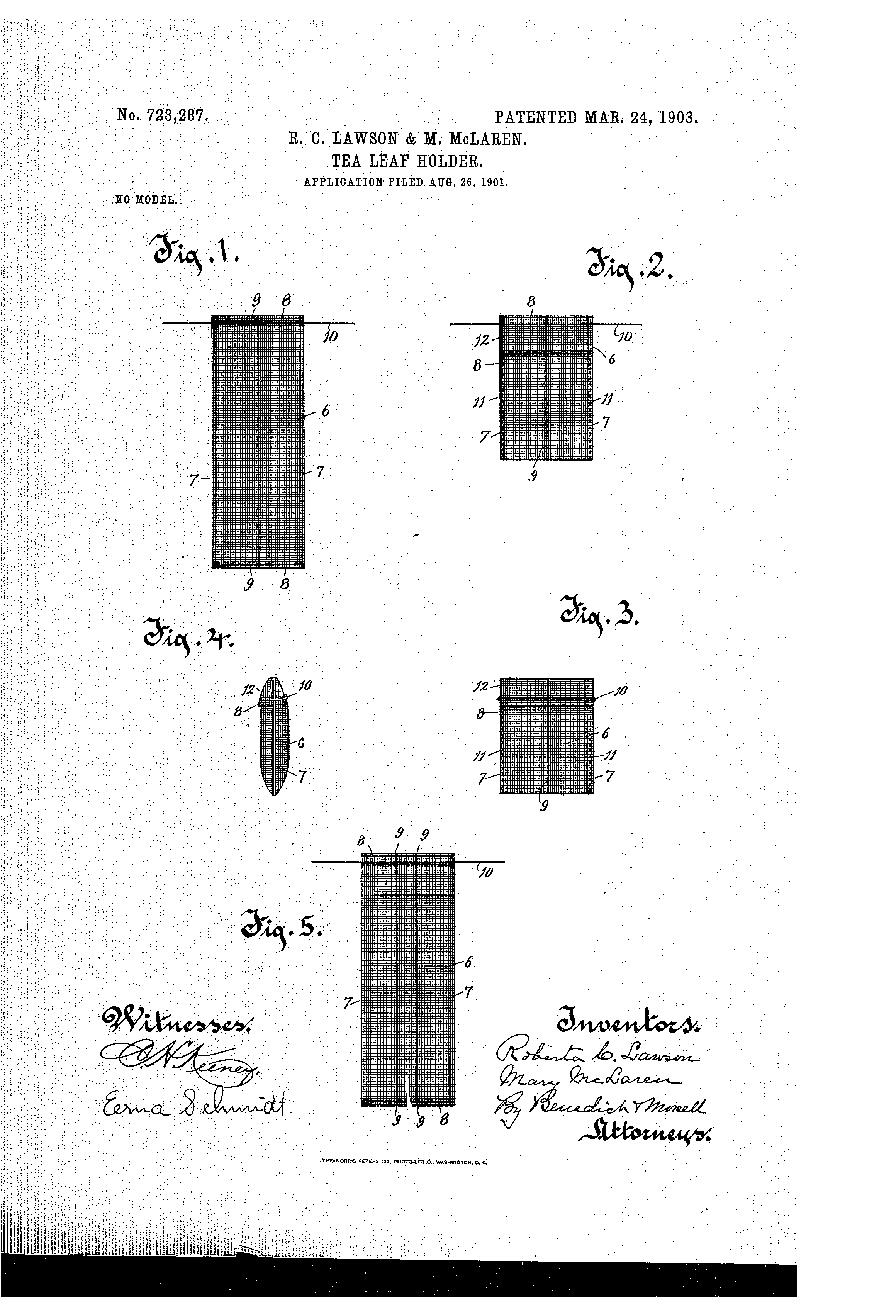 So who invented the tea bag? Most people believe that it was an American tea merchant named Thomas Sullivan, who shipped out samples of tea in silk pouches in 1908. Some of his customers misunderstood this, and soaked the tea together with the pouches in hot water. They found it so convenient that they asked Thomas for more.

A few years later though, a couple named Roberta C. Lawson and Mary Molaren filed a patent for a 'tea leaf holder'. Their invention used a mesh fabric that was stitched together into a bag that just fits enough tea for a single cup. The bag needed to hold the leaves together, but it shouldn't be too tight as enough water needed to flow through.

You now know that there is a great lot of history behind the cup of tea that you are drinking!

Coffee or Tea: Which has a longer history?

According to Wikipedia, the history of coffee dates back as far as the 10th century, probably native to Ethiopia. The first findings of evidence of coffee wasn't until the 15th century in monasteries in Yemen. Coffee is therefore relatively new beverage versus tea.

Who Invented Tea with Milk?

Most people believe it was the English or Indians who were the first to drink tea with milk. After all, the tea that were exported from China to abroad wasn't the best quality. Milk helped to smoothen the taste. However, it were the Tibetans who first invented milk tea. Leaves were cooked in a large cauldron together with yak butter, which was made from yak milk. Today, cow milk is also often used as it's cheaper.

Do you have other questions about the history of tea? Ask them below! We're happy to answer them for you.