The store will not work correctly in the case when cookies are disabled.
The Art of Ceramics: The Firing of The Terracotta Army in the Qin Dynasty 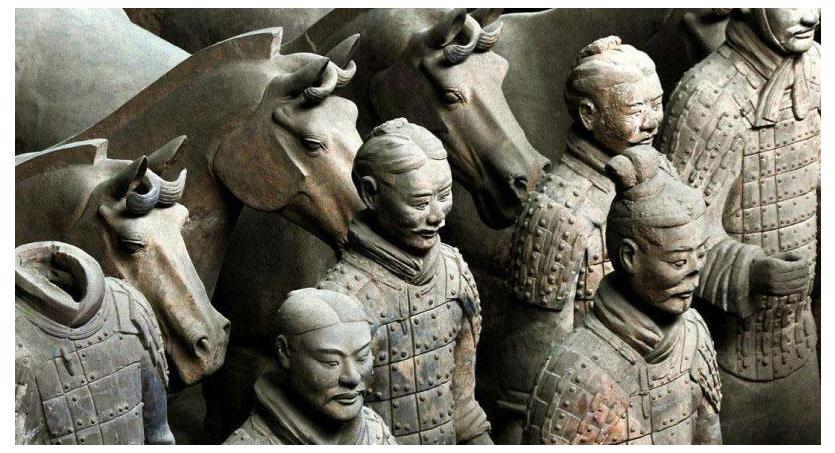 The Art of Ceramics: The Firing of The Terracotta Army in the Qin Dynasty

One of the major events of the history of Chinese ceramics is the discovery of a tomb of the first Emperor of China: Qin Shi Huang. Inside the tomb archeologists discovered sculptures of an army of soldiers, each with their unique features. It is believed the soldiers weren't just funerary art, but their function was also to protect the emperor in his after life. The terracotta army is today considered the 'Eight wonder of the world'.

The terracotta army of the Qin dynasty (221 - 207 BC), both in human and animal form, are exquisitely realistic and of enormous proportions, showing the great skill of the pottery makers of the Qin dynasty. Since 1974, the terracotta figures excavated from the tomb of the first Qin emperor have covered a wide range of military figures, ceremonial troops and music and dance artists. Amazingly, the total number of terracotta figures found is well over ten thousand.

How were these huge terracotta warriors made? How large a kiln was needed to fire the figures? And where did the clay come from to make the terracotta soldiers? Find out in this article!

How Was the Terracotta Army Created?

The terracotta army is made out of clay. The making of the figures is carried out in three steps.

The focus of the head carving is on the facial features, the beard and the hair. The features are carefully carved and decorated on a moulded basis to express the different characteristics of the figures. The beard and hair are also important aspects of the statues's character. 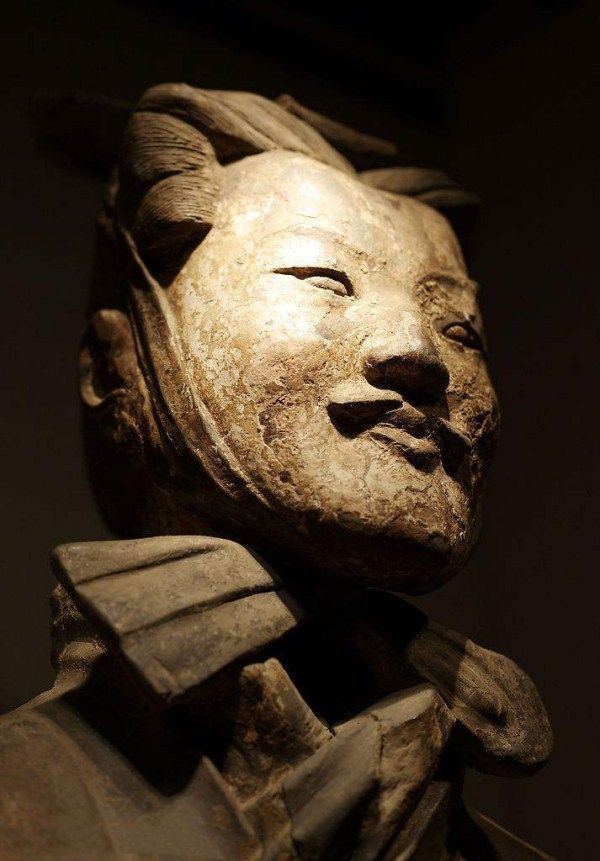 The torso of the terracotta soldiers are made purely by hand. It is first made of clay in rough form and then followed by the carving of the finer details of the costume, armour, belt, etc..

The large terracotta statues are generally dried naturally and then fired in the kiln. After the figurines have been fired and removed from the kiln, they are then finally painted one by one.

Markings on the Terracotta Army

What is striking is that most of these terracotta figures are inscribed with the names of artisans in either seal script or clerical script. As not many wooden scripts were excavated during the Qin dynasty, the markings on the terracotta soldiers provide very important evidence for the study of popular calligraphy of the time. 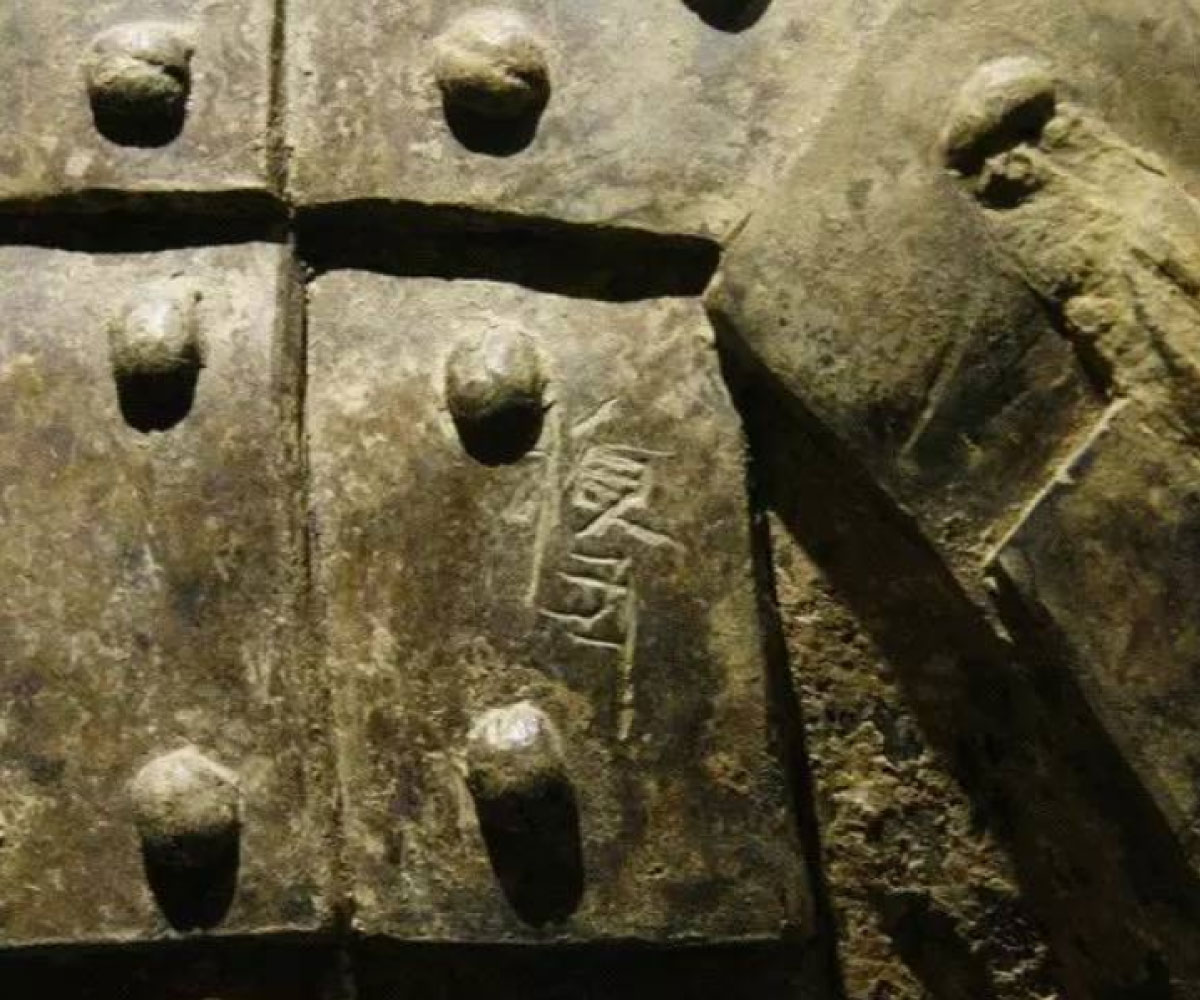 Where did the large quantities of clay come from?

The production of these life-size terracotta figures must have required large quantities of clay, but where this clay came from has puzzled the academic community for many years.

According to the general theory of ancient pottery production, the clay used in the manufacture of pottery was generally sourced locally. Traditionally it is thought that the terracotta clay came from the surrounding area. However, no definitive scientific conclusions can be drawn as to whether the terracotta clay was taken from around the burial pits or from a concentrated area of the Qin tomb. Archaeologists have so far not found traces of large-scale clay extraction in the vicinity of the tomb.

Specialist of terracotta figures Zhang Weixing believes that the construction of the imperial tomb of the First Emperor of Qin was strictly organised and planned, and that the selection and preparation of the clay for the large-scale production of terracotta army must have been a large-scale act of the state's professional institutions. Most likely the clay was uniformly collected at the time of construction, stored centrally, and then distributed to the official artisans for uniform production. Each artisan and his team then chose different mixes and production techniques according to the terracotta figures they needed to produce.

It is possible that such a systematic state project would have required the collection of large quantities of clay to be uniformly deployed from the Xianyang area (the capital city of Qin) or the wider region, or even the whole country.

How large a kiln is needed to fire terracotta figures?

What is perhaps the biggest mystery is that the kilns used to fire the large army of soldiers weren't found. Because of this experts started simulate the production of the soldiers. The concensus is that the height of the inner diameter of the kiln should be at least 2 metres in order to fire one complete terracotta warrior. The firing temperature should be around 1000°C, and it would takes at least a week to finish.

While most will be satisfied with such a conclusion, fans of ceramics are still hoping for the kilns to be discovered one day. There's lots of digging to be done, and we hope one day, we can update this article with such finding!