The store will not work correctly in the case when cookies are disabled.
Tea Story: The Tale of Bi Luo Chun 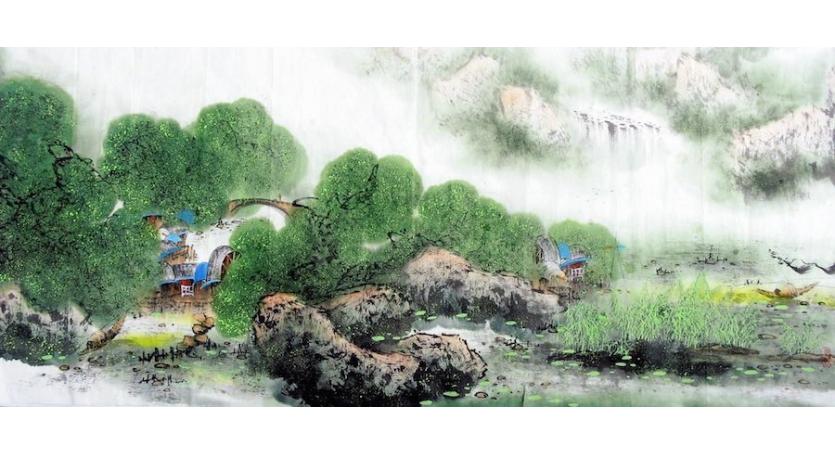 Bi Luo Chun, this famous tea comes from the east of Taihu Lake, located in West Dongting mountain in Suzhou (Jiangsu Province). The tender green leaves are characterised by the fact that they’re curled up like snails covered with a delicate layer of fine white hair. Do you know how Bi Luo Chun got its name? While it's a pretty famous green tea in and outside of China, not many people know about the origin of its name. There is actually moving tale behind it! Read further to find out. 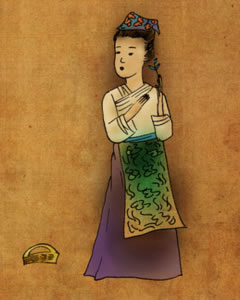 A long long time ago, there was a beautiful, kind and hardworking girl who lived on the West side of the Dongting Mountain, her name was Bi Luo. Then there’s a young fellow called A Xiang, a fisherman who lives nearby on the East side of the same mountain. Bi Luo and A Xiang were in love.

The couple was enjoying a peaceful life until one day an evil dragon turned up on the Taihu Lake of Dongting. It wanted to take Bi Luo as his wife, and threatened to make all people restless if she refused. A Xiang found out about it and decided to challenge the monster. He dived down to the bottom of the lake with his harpoon to fight the dragon. After a hard fight, he succeeded to kill the dragon.

Unfortunately, A Xiang lost too much blood in the fight and went into a coma. Bi Luo carried A Xiang back to her place and took good care of him. Because A Xiang didn’t seem to get better, Bi Luo went up the mountain to look for herbal medicine.

At the top of the mountain, she discovered one small tea tree. Although it was only early spring, there were already many new buds growing on it.

she put her mouth around one leaf at a time in hope that her breath will warm the leaves, urging it to grow faster. 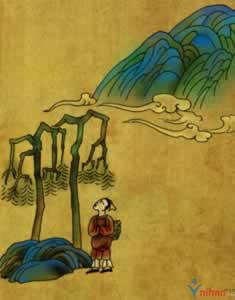 It worked! The buds became bigger at a fast pace. She then picked a few tender leaves, went back and made tea for A Xiang. He felt more alive right away. As the tea seemed effective, Bi Luo went back up the hill and picked all leaves from the small tea tree, wrapped them in thin paper and put it against her chest in order to warm and dry them slowly. Then she knead and rolled the leaves, and used it to prepared more tea for A Xiang. Soon after the tea treatment, A Xiang was fully recovered and they were planning to live happily ever after.

However, Bi Luo started to get weaker day by day. Why? According to this legend, she transferred all her vitality into the tea leaves to cure her lover. One day, in A Xiang’s arms, she closed her eyes with a sweet smile, and never woke up again. Devastated by her death, A Xiang buried her on Dongting Mountain. Since then, the tea bush on the mountain got bigger and bigger and produced tea leaves with outstanding quality. In memory of this kind and beautiful girl, people then named this precious tea “Bi Luo Chun”.

Enjoyed this tea story, then also read other famous tales such as the legend of Da Hong Pao and the tale of Dancong oolong.