Many tea drinkers worldwide are interested in drinking tea because of many different types of health benefits associated with it. One lesser known benefit though is that it can help detox the liver. 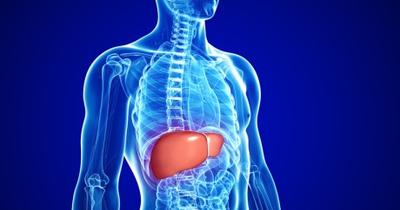 In one of the first study published on this subject in 1995, 1371 men in Japan were asked how much green tea they consumed per day. In addition, their blood samples where taken to study if there’s any relation between green tea consumption and liver diseases. The researchers surprisingly found that green tea consumption can help prevent against liver disorders, such as high cholesterol levels and hepatitis (inflammation of the liver).

A study published in 2002 also shows that mice who’re fed with green tea extracts have lower fat levels in the liver. A similar study in 2008 released in the American Society of Nutrition also confirm this result as mice with high-fat diets treated with ECGC (a tea polyphenol) have less fatty livers compared to mice who weren’t treated with ECGC.

So far we’ve only discussed studies with green tea, because it’s one of the least processed types of tea, and therefore preserving more healthy antioxidants compared to more processed black teas. At least, that’s what scientists have hypothesised so far…

However, a study in 2008 in Biological and Pharmaceutical Bulletin shows that the anti oxidative properties of black tea are as effective as that of green tea, helping mice with degrading liver fat. In 2009, there was additional evidence published in the British Journal of Nutrition that black tea is as affective as green tea in reducing liver disorders in mice due to a cholesterol rich diet.

More conclusive evidence is therefore needed, to determine whether it actually matters what type of tea you drink. After all, all types of leaf tea are made from the Camellia Sinensis tea plant.

Mice versus Human Studies on Liver Cleansing Effect of Tea

As you’ve read so far, most publications only proof that tea extracts help mice to improve liver disorders. While the results are clearly support liver related benefits, there are two weaknesses:

Nevertheless, in recent years many unsafe green tea extracts have entered the market causing many to suffer side effects related to an overdose of green tea consumption. It's therefore much safer to base our drinking habits on guidance provided by scientific studies that investigate liver benefits as a result of real tea drinking habits by humans.

For example a study in 2009 in which more than 18.000 participants shows that green tea consumption doesn’t reduce the chance of liver cancer, while this was confirmed before in mice studies. There's a lot of scientific projects in progress that can unveil more whether evidence found in mice studies can also apply to humans.

How to Detox your Liver Naturally? What foods can detox the liver? Perhaps as a tea company we’re not really in the right position to answer this question. Our view is probably be bias because we're passionate about pure loose leaf teas. Nevertheless, we’ve aimed to be as neutral as we possibly could in this article, by referring to evidence as published in well known medical and nutritional journals.

As far as research has progressed until now we do believe there’s a strong case for tea to be effective in cleansing the liver. However, to drink tea for detoxing the liver, one needs to be careful. Scientific evidence isn’t yet conclusive on whether tea consumed in form of extracts is good for humans. Let alone the more specific questions that needs to be answered, such as what the most optimal formula should be. And how often it should be consumed. Extracts and pills are promoted as 'natural', and because of that most people believe that they're perfectly safe. The reality is that natural products in high concentrations can case serious side effects.

Therefore, we believe it’s better to stick to drinking tea the way it’s done over thousands of years. When you steep and drink the tea, it’s hard to get an overdose relative to actually consuming the leaves in powdered form or pills. Moreover, even a very decent cup of loose tea is generally cheaper than pills. And if you start enjoying it as well, it’s only natural for tea to become part of your daily diet.

Whether you eventually end up with pills, powdered extracts or a fresh cup of tea. It's important to always observe how your body reacts to it. Lower your consumption when you're experiencing side effects, and when in doubt, always consult your doctor.