In November 2016, nearly ten thousand people gathered here for the Wuyi Yancha competition. There were including tea farmers, tea experts, tea lovers, tea traders and tourists. Hundreds of tea tables were set up in the Tianxin village with tea cups full of various tea samples. The core village of Wuyi Yancha, Tianxin village, has a history of tea competition for over 800 years and 80% of the villagers make a living by growing tea.

Wuyi Yancha (rock tea) from Fujian province is one of the top ten Chinese teas. However, since many types of rock teas exist, the term Yan Cha is more often used as a term that represents all teas from the Wuyishan region.

The samples are ready... 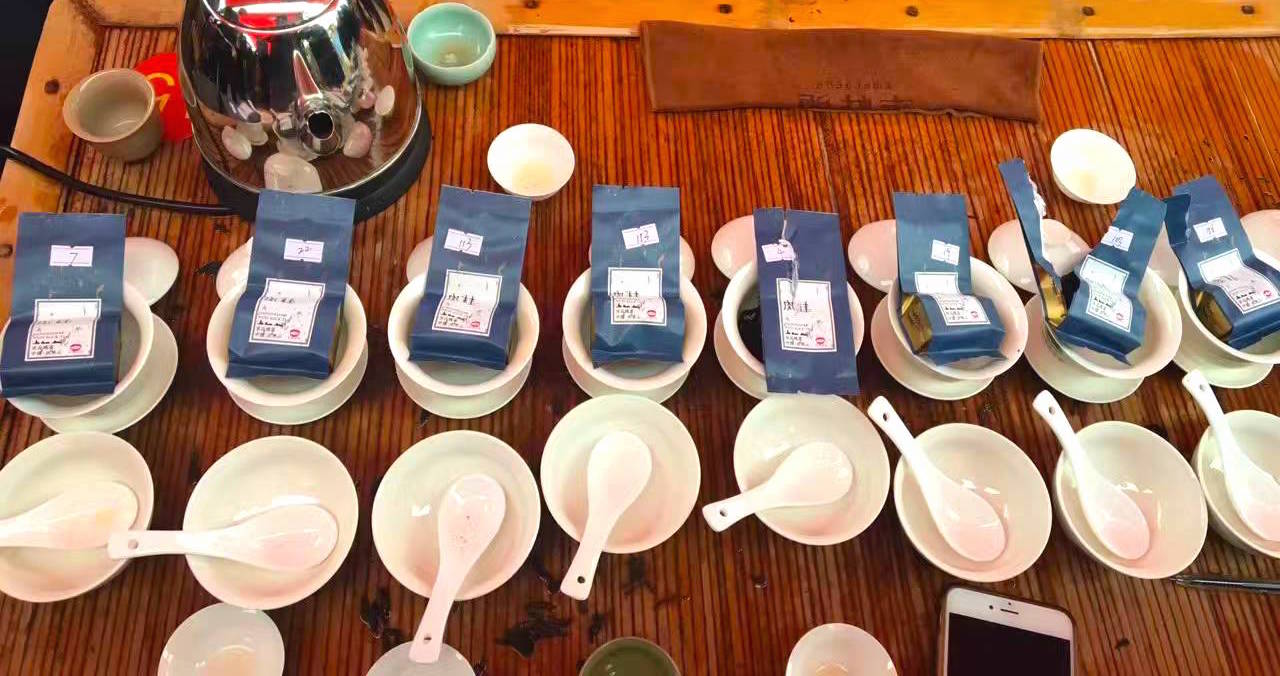 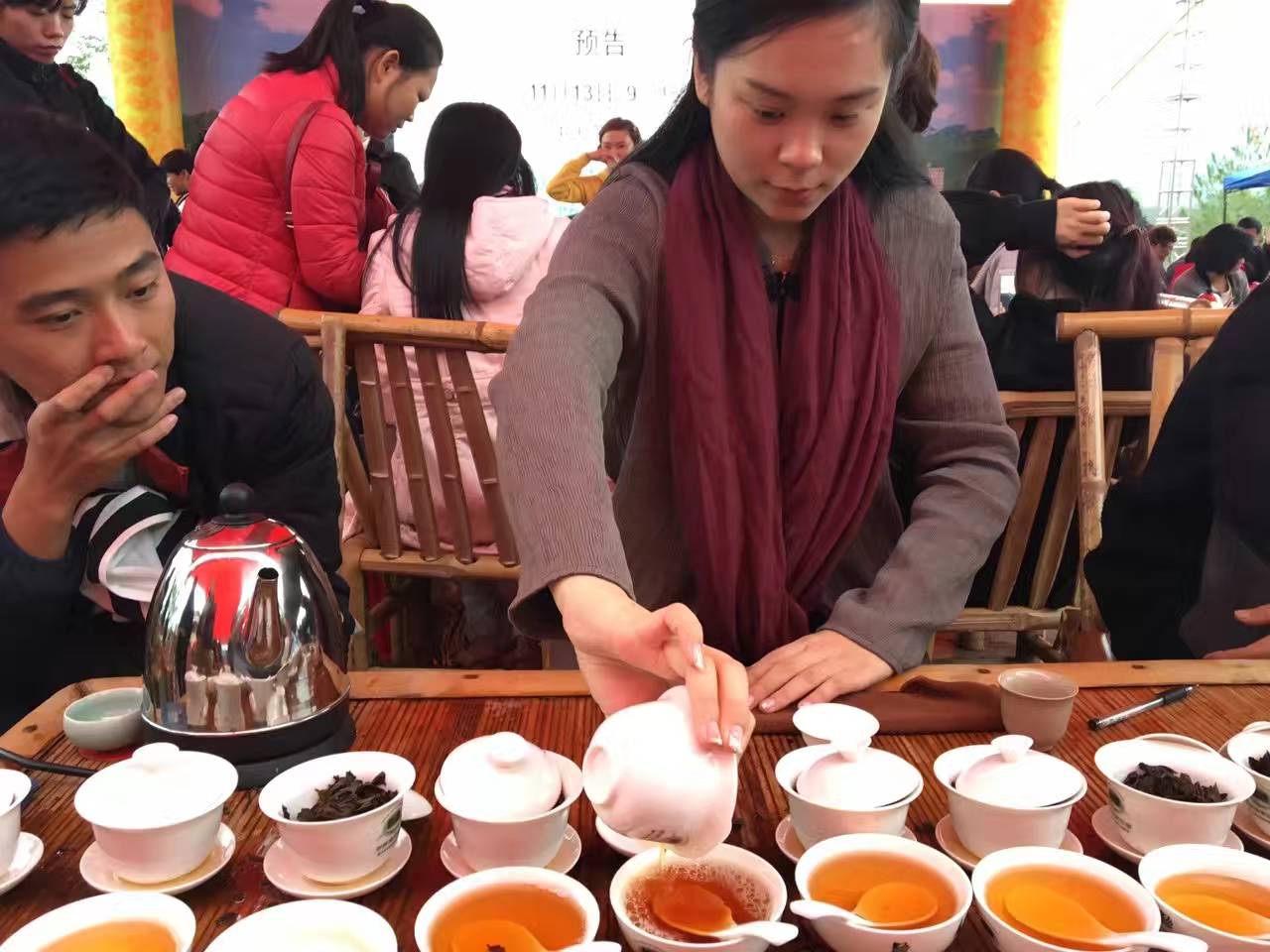 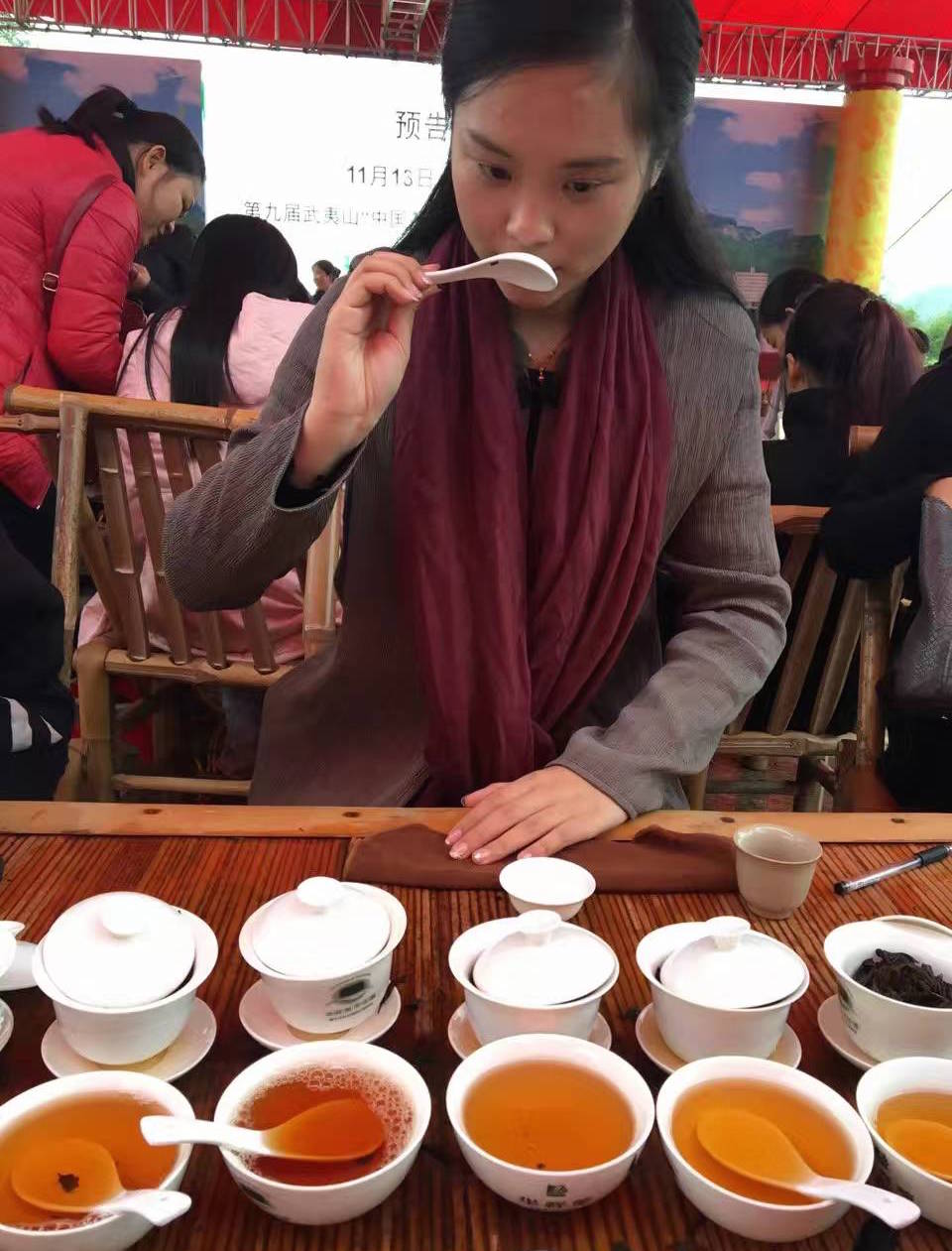 Followed the criteria, judges evaluated the tea from several perspectives: appearance of the leaves, color of the liquor, taste and fragrance, etc. There were 2 groups of judges to evaluate every tea. The marks added up to a total score of each sample.

The combined score decided the ranking of the tea sample during each round. There were 3 rounds in this competition: preliminary, intermediary and the final. The whole procedure was closely supervised by the media for fairness. Interesting, but also intense!

The best teas of each type could win the King of Tea title with a money prize award. For example, under the variety Dahongpao, there was only 1 top award, followed by 6 golden awards and 9 silver awards.

If you're interested into tea competitions, see also some more background information below:

What is a Tea Competition (斗茶)?

Have you ever heard about a “tea competition” (斗茶)? It’s a traditional event that takes place in different tea growing regions in China. The competitions are usually held after the tea-picking season so that farmers can show of their teas. Only the best teas and are gathered for the big event. After a series of selections by the judges, the teas with highest votes win the competition.

Tea competition started at the end of Tang Dynasty and became immensely popular in Song Dynasty. Matcha (powdered tea) was really the big deal at that time. Imperial tea connoisseurs demanded to gather all the best teas from all over the country. Those selected top-shelf teas had a name ‘Gong Cha’ (tribute tea).

In order to win the title of tribute tea, the imperial court carried out competitions to rank the teas. Two main competing subjects for matcha were the liquor color and the timing of liquor marks. The brighter and the whiter the liquor color got, the better the tea was. Liquor marks, like the tears of wine, refers to the marks tea liquor leaves on the inside of the tea cups.

People liked their tea with fine and smooth froth. Finer froth lingered longer on the inside of the cups and delayed the appearance of the liquor marks. So the later the liquor marks showed, the better the tea was.

However, tea competitions evolved over time as you can see with the Wuyishan competition we reported above. While matcha was popular during the Song, later one, most Chinese sticked to loose leaf tea and tea cakes. However, in Japan the art of Matcha was further refined.

Nowadays, there are many annual tea competitions across different countries. Some are only allowed for tea lovers with a 'tea sommelier' degree, while others are free for everyone to enter.