Menu Search Account
Cart
You have no items in your shopping cart.

Menu
Swipe to the left

The Legend of Silver Needle Tea: The Origin of Bai Hao Yin Zhen

For many years we've visited different tea regions in China, and besides just absorbing a lot of tea knowledge, we've learned that each place has their own story. Though it's not official history as it's written in books, we think they're fun, and that's why we're sharing them with you. Here's a story about the legend of Silver Needle white tea, also known as Bai Hao Yin Zhen.


What is Silver Needle Tea?

Silver Needle is a kind of white tea, mainly consisting of buds. The young buds have a silvery appearance due to the delicate hairs on the surface fo the buds, hence the name: Downy Hair Silver Needle (Bai Hao Yin Zhen).

A long time ago, the village of He Zheng suffered a plaque resulting from a long period of drought. On the hills of the nearby Dong Gong mountain grows a heavenly herb that’s know to cure all kinds of diseases. Because of the plague, many brave men climbed up the mountain in search for the heavenly herb, but never returned.

There was a family with 3 children named Zhigang, Zhicheng, and Yu Chi, who were determined to find the herb. The oldest brother decided to go first and met an old man near the mountain. He told him that the herb is near a well on top of the mountain, but you can only succeed if you keep climbing up the hills until you find the herb, before ever considering to return. Zhigang started climbing and half way up, he saw many stones, without any sight of the herb. Then he suddenly heard a voice: “don’t dare to climb further!” He was shocked and decided to walk back and suddenly turned into a stone himself. As Zhigang didn’t return, Zhicheng decided to climb up Dong Gong mountain, and unfortunately faced the same fate.

It was now little sister Yu Chi’s turn. After she departures she met the same old men, and he provided the same advice. The old men this time also offered her some baked rice cake for her journey. As she arrives at the same place with the same strange voices warning her to return, she used the rice cake to cover her ears and continued to move forward. She finally arrived at the hill top and found the heavenly herb that grows next to the well. She used the water from the well to irrigate the plants and they started to grow and reveal flowers. She collected the seeds and brought them back. Then she grew the heavenly plants at the village to use them to cure diseases. As it turns out, the heavenly herb is actually the tea plant that is today used to harvest fine tea buds covered with white hairs known as the Silver Needle white tea. 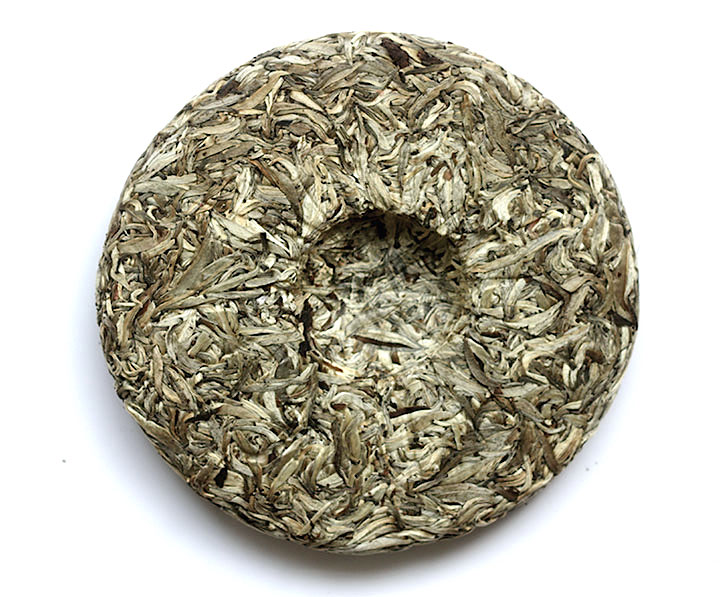 loose leaf tea as well as aged white tea cakes. The taste of the loose leaf type is more refreshing and flavory, while aged whites obtain a fruity and savory aroma through aging.

#Tea stories Posted in: Tea Culture
Leave a comment
Madusha April 4, 2016 at 7:27 AM
Interesting. This is a story from old myths. Very interesting. Didn't know they use the same story?
Reply
Teasenz April 5, 2016 at 2:22 AM
Not sure which legend you're referring to. Do you have a name of the legend? In many, tea legends, it's kind off presented as a herb with healing wonders. I wouldn't be surprised if the creator of this legend derived it from another legend.
Reply
Categories
Search the blog
Tags

Please enter your email below and we will send you a new password.

Other Login
Other Social Login