The store will not work correctly in the case when cookies are disabled.
The Legend of Da Hong Pao Tea 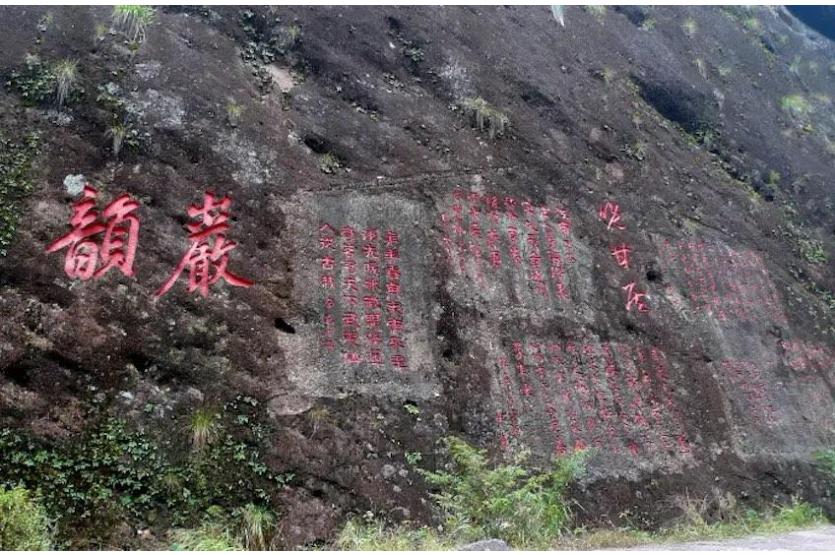 Da Hong Pao is a kind of oolong tea produced in the Wuyi mountains in Fujian. In 2002, this tea got world famous when 20 grams of this tea was auctioned for 28.000 USD, which was 30 times the price of gold! In this article we'll share folklore stories regarding the origin of its name.

The tea that was auctioned in 2002, was made from leaves of the few remaining mother trees. Today, it's not allowed to harvest leaves from them anymore. Below a picture of the mother trees, which we took during our visit of the Wuyishan Nature Reserve. 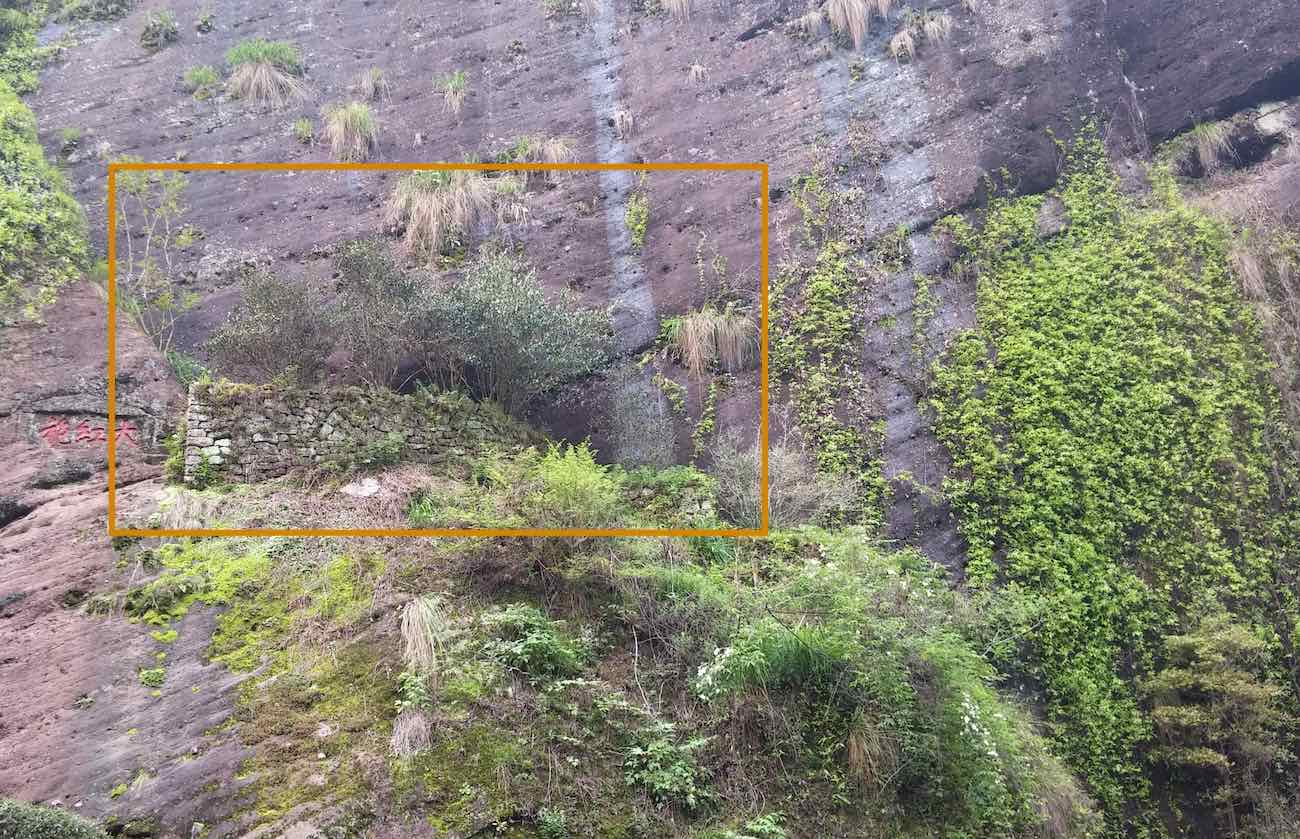 The Legend of Da Hong Pao

Da Hong Pao literally means 'Big Red Robe' in English. After asking many Wuyi mountain locals, we found out that every individual was telling us the same legend, but with different details and sometimes slight variations. We've documented all these stories, and tried combine it into one story that is as complete and detailed as possible. Read the legend below! 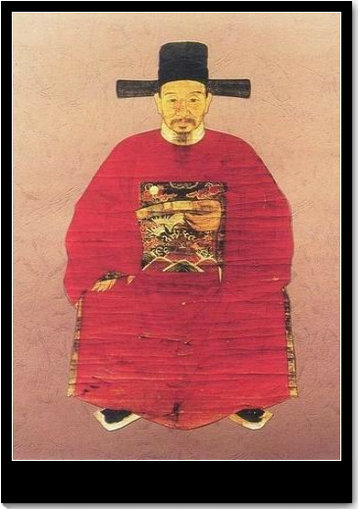 On the way to the Imperial Exams

The story starts as follows: In 1385 during the Ming Dynasty, a scholar name Ju Zi Ding was on the way to attend the Imperial exam. This exam was at that time, the major path to a career as an official.

Unfortunately, on the way to the exams he became ill when he arrived in Wuyishan and wasn't able to continue his journey.

China's society at that time consisted out of 4 official categories of people: farmers, craftsmen, traders and scholars. To become an official, one needed to pass the imperial examination. The higher the score, the more promising your career. This system found its roots after the unification of China during the Qin dynasty.

The monk with healing tea

Luckily, a monk from the 'Tian Xin Yong Le' temple passes by and served him a special tea with healing effects. Ju Zi Ding felt better and made it to the exams on time. He eventually passed the exam with the highest score and was awarded an imperial scarlet red robe.

Scholars with the highest scores are called 'Zhuan Yuan' and have a promising career advising the emperor and taking high officials positions.

The tea honored with an imperial robe

The humble scholar was so grateful that he travelled back to visit the Monk to thank him and ask where he got the tea from that healed him. Once arrived at the tea bushes, Ju Zi Ding took off his red robe and wrapped it 3 circles around the tea bush out of gratitude and carried some Da Hong Pao tea in a jar back to the palace. Since then, the tea is named Da Hong Pao, meaning Big Red Robe in English. 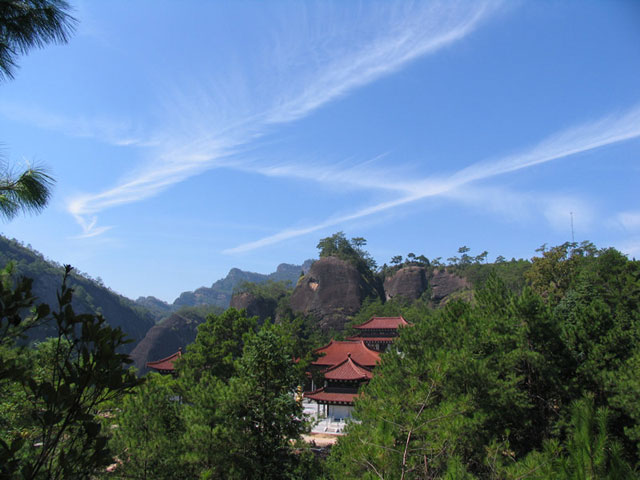 The following part of the story is also often seen as a separate Da Hong Pao story. It's not sure whether the scholar in the next part is the same scholar Ju Zi Ding mentioned above.

One day, a scholar discovered that the Emperor's ailing mother was in a bad health condition. After more than a hundred doctors failed to cure her, the scholar revealed his jar of oolong tea. After the Emperor's mother drank she started to feel better and her health condition gradually improved. 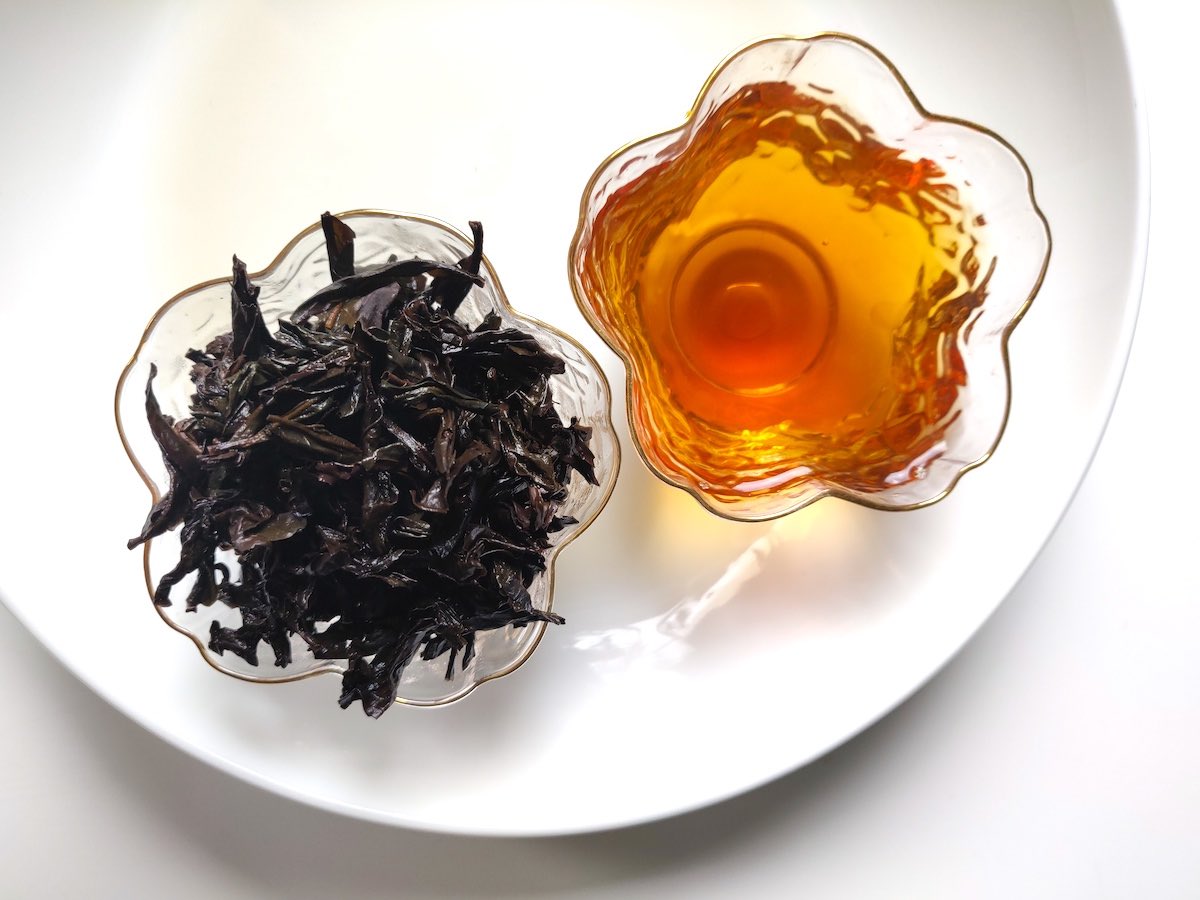 Why is Da Hong Pao So Expensive?

Because Da Hong Pao have been several times in the news in the past with astronomical prices, the common perception is that this tea is most expensive tea in the world. A common question, that is often google one is: "Why is Da Hong Pao so Expensive?"

Luckily, you really don't need to pay thousands of dollars to enjoy an authentic cup of Da Hong Pao. There are many tea bushes and tea gardens in Wuyishan. While they may not be mother trees, a well processed tea, can taste as good. The quality of Da Hong Pao tea partially determined by geography. 'Zhengyan' is from the nature reserve, while 'Banyan' is from nearby regions, and 'Zhouyan' from remote locations. More about classification of rock tea, you can find in this article: Wuyi Source Tea Classification.

In this article, we discuss further about the price of Da Hong Pao: Why Is Da Hong Pao So Expensive? Is It?

The Taste of Da Hong Pao

The tea leaves have a dark appearance, and are characterized by its mineral notes that are unique to the region. Tea enthousiasts love the fact that this tea is never boring, due to the layers of flavor and the complexity of the taste. 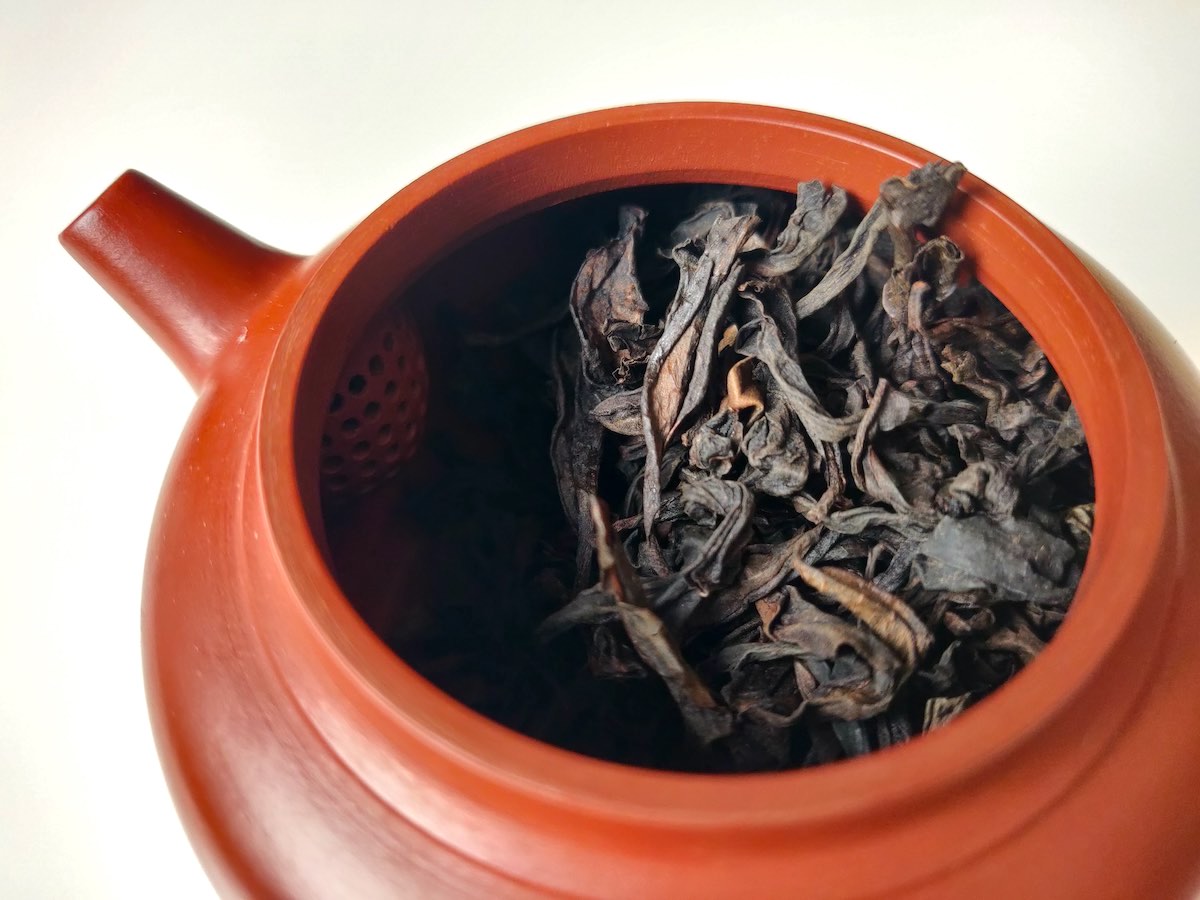 We hope that this article was enjoyable. Feel free to share this story with other Da Hong Pao lovers!

May 11, 2022
Comments
Maddie
This was really enjoyable to read while I was drinking this tea at the same time.
Reply
Mike S.
Nice read! I am now drinking a Dancong oolong, how is this one different from Dahongpao? The appearance seems pretty much the same.
Reply
Teasenz
The looks of the leaves are indeed quite similar before you steep it. What makes Dahongpao unique is the soil it growns on, contains a lot of minerals due to the erosion of the mountains in Wuyishan. Because if this, it has a unique mineral rich taste. Dancong like Dahongpao is a more oxidised oolong tea (compared to Tieguanyin). But it's grown in the Phoenix mountain in Guangdong province, where the climate is more tropical. It's made from another Camellia Sinenses type with leaves that are slightly larger.
Reply
Wanghua
I finally know the story behind my favorite tea. Everyone should try this tea! If you didn't like it, you probably didn't try the real stuff
Reply
Jacky L.
Feel ashamed that I didn't know the story behind my favourite tea. Good that I know now.
Reply
Search The Blog
Categories
Recent Posts
Tags
Anhua dark tea Black tea Chrysanthemum tea Dan cong tea Free tea giveaways Gaiwan Green tea Kombucha Liu bao tea Oolong tea Osmanthus Pu erh tea Tea history Tea recipe Tea sayings Tea storage Tea stories Tea taste White tea Wuyishan Yixing teapots
Search The Blog