The store will not work correctly in the case when cookies are disabled.
Chinese vs Japanese Tea, What Are The Differences?
Posted in: Types of Chinese Tea

Chinese vs Japanese Tea, What Are The Differences?

Camellia Sinensis is the mother plant of both Chinese and Japanese teas. All teas coming from either country are made from this plant. This poses a very important question: how can teas that come from the same plant taste so different? It doesn’t take a tea connoisseur to tell that Chinese and Japanese teas are different. The difference is very noticeable even to those who are new to the world of tea. Some taste more vegetal and others are more toasty and light. Even the shape is different. Some types of tea have long wire-like leaves, while other types look a lot like tiny needles. It comes as no surprise that you may be left wondering what other differences can be found between Chinese and Japanese teas. Read this article to find out! 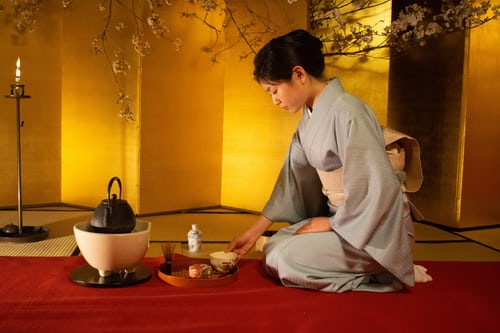 The history of tea is quite long and dates back to thousands of years. Many experts believe that tea originated in China and was intended to be a medicinal remedy or drink. You can think of China as the homeland of tea. It’s said that Shen Nong, a Chinese emperor, discovered tea around 5000 years ago. The first written records that referenced the remedial beverage, however, dates back to a little over 2000 years ago. It was around the 6th century AD that tea started making its way into Japan. Eisai, a Zen monk, brought back home to Japan some tea plants from China. Although tea was generally known by that time, its import and cultivation were especially encouraged by Emperor Saga. Even though the tea that the monks had brought home originates from the same plant as the tree in China, both countries decided to go by different processing methods. Each country also adopted a different idea regarding how tea could be enjoyed and then produced its own cultivars. The unique tea ceremonies have not perished and are still thriving centuries later.

China offers the greatest selection of teas in the world. It is the hub of tea knowledge and is also home to a number of the rarest, highly demanded, and most expensive types of tea. The picturesque scenery is always ready to welcome guests who have come to visit any of China’s tea sourcing regions. Each region has its own unique characteristics. For instance, Yunnan is a sub-tropical region with rivers, jungles, and mountains with frosted tips, while Wuyi, Fujian stands out with its rocky cliffs. Each terrain has something special to offer to the flavor and aroma of the tea leaves.

Amazingly, China houses all six variations of the types of tea. However, Japan is in the lead when it comes to the cultivation of distinct green teas. Kagoshima, in southern Japan, has numerous tea gardens that are grazed by the ocean breeze. The land in that area is rich with fertile earth that’s enhanced by the nearby volcano ashes. The lovely coastlines, mountains, lakes, and rivers are not just a wonderful sight to see but also add to the quality of the tea.

Japan and China are both heavy producers of green tea. Sencha alone, which is a type of green tea, makes up around 60% of Japan’s green tea production. China’s green tea market share was around 50% in 2015. China, as we mentioned, produces all 6 variations of tea: yellow, white, black, oolong, fermented, and green. Japan, however, produces only 5. It cultivates all types except for yellow tea. Oolong and black teas are among the more popular types in Japan, while fermented are white teas remain rare in the region. Japan makes two unique teas: Kukicha and Kokeicha. Their production is exclusive to the country. Kukicha, which is also known as twig tea, comes from sencha or gyokuro, which is another type of green tea. Kokeicha comes from green tea that is made into a paste and dried.

If you’re not an expert, then Chinese and Japanese matcha may look significantly alike to you. However, you must know that both are entirely different teas. In Japan, they typically make their matcha using distinct cultivars of matcha. This gives the powder a special flavor and deep color. In retrospect, the Chinese don’t care much about cultivars while producing their matcha. In Japan, the tree plants must be shaded prior to the production of matcha, which intensifies the color and flavor profile and influences the tea’s chemical composition. Afterward, they process the leaves and turn them into tencha. Tencha is a crude form of tea that is free of veins, stems, and stalks. Chinese matcha, on the other hand, can contain all three parts, the stalks, veins, and stems. The grounding process also differs, which influences the texture of the tea powders. If you take a close look, you will be able to tell Chinese and Japanese matcha apart by the texture and color. Japanese matcha is characterized by its tiny, smooth, and silky grain size. It is also a very bright, intense, and vibrant green color.

Each cultivar offers a unique flavor and color to the tea. Yabukita is the most popular cultivar of tea in Japan. In fact, they use it for over 70% of the country’s tea production, particularly sencha. Da Hong Pao is among China’s most popular tea cultivars. They typically use it to make Red Robe tea. Long Jing is another famous Chinese cultivar and is used to make Dragon Well. They make Iron Goddess of Mercy by using the Tieguanyin cultivar.

In Japan, green teas are steamed, while Chinese green teas are traditionally pan-fried. Steaming the green tea results in a unique color and flavor profile. Additionally, the amount of EGCG, a catechin that can be found in green tea abundantly, is affected when the leaves are pan-fried or steamed. Withering the leaves is a very important step in the making of green tea in China, which is a step that the Japanese lack. Green tea is rarely steamed in China. En Shi Yu Lu is among the very few steamed green teas in the region. Similarly, Kamairicha is the only pan-fried Japanese tea.